There have been a lot of really great posts written about the negative and hurtful use of the word “retarded” or “retard”.  I have received tons of messages asking whether or not I would be writing a post on this topic.  My answer up to this point has been “No.  There are some really great thoughts on the matter and I don’t really feel as though I need to reinvent the wheel.”  I have shared some of those posts on Facebook, Twitter, and through e-mail, but this topic continues to come up and I have been thinking more and more lately about sharing my personal thoughts with those of you who read my blog.  So today,  I am going to do just that!

Mental Retardation is an actual clinical diagnosis and I do not have issues when the word is used in this context.  I personally prefer to use the terms developmentally disabled or cognitively impaired because I feel the word “retarded” has such negative connotation because so many people use it as a substitute for stupid, dumb, or idiot. For those of you who are quick to say “That’s not true!”,  let me share with you a few comments that I have personally heard recently:

-I can’t believe you did that!  You are such a retard!

-I can’t believe that he missed that pass…what a retard!

You can’t read those statements and tell me that people aren’t substituting the word retarded or retard for the word stupid. My sister, Jenny and I had a conversation not long ago about this very subject.  She was playing devil’s advocate, as she usually does.  She likes to look for the good in people (a very admirable quality) and she was trying to get me to possibly see it from a different view.  Some of her thoughts and questions were:

“Do you think you are just more sensitive to that word because of your background of having a child with special needs?”

“Do you think it is the era that some people have grown up in?”

“I think people use that word and don’t even give thought to it applying to individuals with special needs.”

“I don’t think people mean to hurt your feelings when they use that word.”

She ended by saying “I’m not saying that it is ok for people to use the terms retarded or retard, because it isn’t.  I’m just trying to figure out why they do it!”  I would also like to add that Jenny & her husband Jeff have been HUGE supporters of ours.  They couldn’t love Skylar any more than they already do.

I briefly want to share my responses to her statements that I shared with her.

-I’m sure that I am more sensitive to the use of the word retarded because of Skylar.  When she was officially diagnosed in the summer of 2002 with Autism, she was also given a diagnosis of mild, mental retardation.  I have a lot of thoughts on that diagnosis and that could be, and probably will be, an entirely separate post.

-It does not matter what era people grew up in.  It is not appropriate to call people with black skin the “N” word.  It might have been used frequently many years ago, but it is not appropriate.  It is hurtful and hateful!  I feel the same way when people use the word “retarded” to make fun of someone or themselves.

-It doesn’t matter if people don’t mean to hurt your feelings.  As the parent of a child with special needs, it is hurtful!  Using the word retarded to mean dumb or stupid is totally wrong!

So, this weekend we were watching a basketball game when this commercial came on:

Chris had left the room and I saw it, rewinded it, and played it for him when he got back.  He said “That’s a good commercial” to which I replied “This is EXACTLY what I’ve been talking about!  We need a series of commercials about how it is inappropriate to use the word retarded or retard in place of the word dumb or stupid! I’m glad that they made a commercial about substituting “gay” for stupid or dumb because that is wrong too!”  I know that there are some PSA’s regarding the use of the word “retarded”, but quite frankly, we need a lot more!

Seriously!  There are so many professional athletes and celebrities who have children with various developmental disabilities.  I can think of lots of athletes and celebrities that have children with Down syndrome, autism, cerebral palsy etc.  So many of these celebrities use their status to bring more awareness to these various issues.  I think commercials with athletes/celebrities are powerful.  Think of how many people a commercial during a sporting event could reach!  Imagine how much good a commercial like this could do during the Super Bowl.

A final thought:  My intent in writing this post is not to shame you or to make you feel bad for having used these terms.  I will be the first to tell you that I am guilty of having used those terms in the past.  My hope is that you will think next time before you use the word “retarded”.  Put a face to the word you are about to use to describe something or someone (even if it is yourself) as stupid.  Think of my sweet girl Skylar! 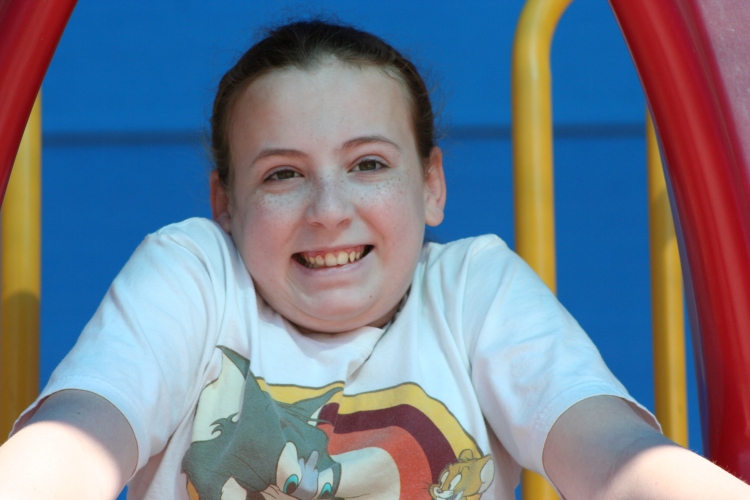 Yes, she may have a diagnosis of mild, mental retardation, but she is NOT stupid. She is beautiful, amazing, loving, and remarkably intelligent!

If you want to say something is stupid or dumb, then just say that!  Don’t substitute retarded, gay, etc. for those words because it is hateful, hurtful, & just plain mean!

Our words are so powerful!  Let’s use them to build people up, not tear people down. We have to educate people one by one!  Please help me to do that!  Please feel free to share my post.  Also, below are some really great posts on this subject.

Herding Cats (I loved that Phoebe spoke her heart & her post went viral!  So powerful!)

Love That Max (Ellen has worked tirelessly on ending the use of the R word!)

And this video that is SO powerful.  Made by an absolutely loving sister:

Have a great week!  Be intentional in all you do!

Make it a great one!

15 thoughts on “My Thoughts on the Misuse of the Word “Retarded”!”