Did you ever play the slug bug game as a kid?  You know, where you look for the Volkswagen Beetle and yell “Slug Bug” or “Punch Buggy” and hit whomever happens to be unlucky enough to be sitting next to you when you spot said slug bug?  Chris and I both played this growing up.  One day after school Hailey said “Hey, look at that!  It’s a slug bug!”  So the game was re-born in our family (minus the punching).  A couple of weeks later my sister and her family were up here in Prescott and her kids told us that they played that game too, but they also look for PT Cruisers.  I thought that was a fun little addition to the game.  As we were out and about town that day, my nephew Ben saw a slug bug called it out and leaned over and slugged Hailey in the arm.  Oh my!  You can imagine the screaming that ensued.  “BEN!  WHAT THE HECK! MOM….BEN HIT ME!”  Uh-oh!  My bad!  I quickly said “Hailey, don’t be mad at Ben!  Usually people give a little slug when they spot the car.  That’s why it is called a slug bug or punch buggy.”  Hailey was horrified and said very dramatically “I can’t believe you play this game and that you hit each other.  That is TERRIBLE!”  Oh, my little drama queen.  There was some frowning between the two of them the rest of the day, but they got over it.

Skylar is so funny when we play this game.  Often times I will call a PT Cruiser and a few minutes later she sees the same one and will scream with all the joy she can muster “PT CRUISER!”  followed by a belly laugh and a squeal.  She is so proud of herself when she spots one.  I never have the heart to tell her that I already called it.  But like most families, sibling rivalry runs deep in the Coryell family and if Hailey is with us she is quick to tell Skylar that mom or dad already called it.  Hailey is super fast at spotting and calling out the cars and Skylar isn’t, so when Skylar gets one before all of us I just really try to celebrate that.  It makes her smile so big and THAT makes my heart smile.

Here are a few of my favorite memories of playing this game:

-That Hailey is very specific in her description of cars when she calls them.  She specifies if it is a new or old-fashioned slug bug. If it is convertible. And the color.  It is quite humorous to hear her yell out “Old-fashioned, slug bug convertible in red!” 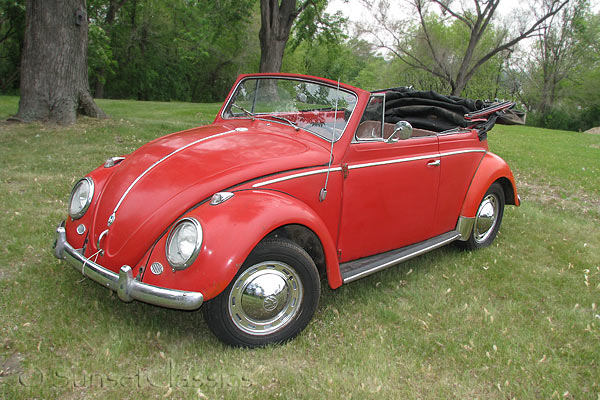 -That we actually have had to make rules regarding parked Bugs/PT Cruisers.  If we’ve already passed the car and it’s been called, it can NOT be called again until the following day.

-Playing this with the cousins and after one of the older kids yells slug bug to hear this sweet little one yell out “Ugg Bug!”  Totally gets me every time!! 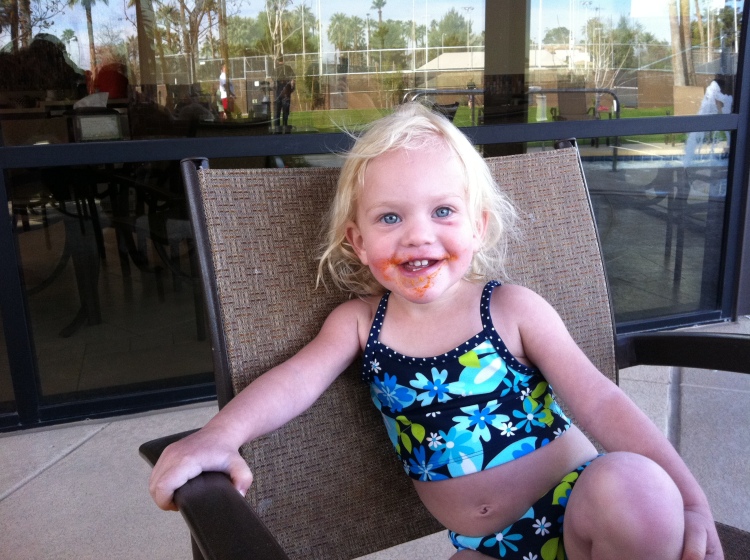 -That we can turn off the dvd player and the radio and get good, old fashion amusement for quite awhile!

-That EVERY time I call out a car Skylar responds with “Wow mom!  You are SO good at this!”  She is totally my encourager.

-That Chris and I still play this game, even if the kids aren’t with us!  (Competitive much? Yep!)

-That when our friends came to visit this summer we got them playing the game too!

-That our neighbors across the street have a maroon PT Cruiser and when we back out of our garage Hailey is looking to see if their garage door is up or if it is parked in the driveway.

-That Hailey wants us to own a PT Cruiser.  She said “Can you imagine if we were driving a PT all around town, everyone would be screaming PT Cruiser at us.  That would be AWESOME!”

-That Skylar responded to Hailey’s desire to have a PT Cruiser with “I’d much rather be a slug bug!”

Some people might think our game and the love we have for it is silly.  But we have learned that it is truly the little things that bring us joy!

Love to all of you!